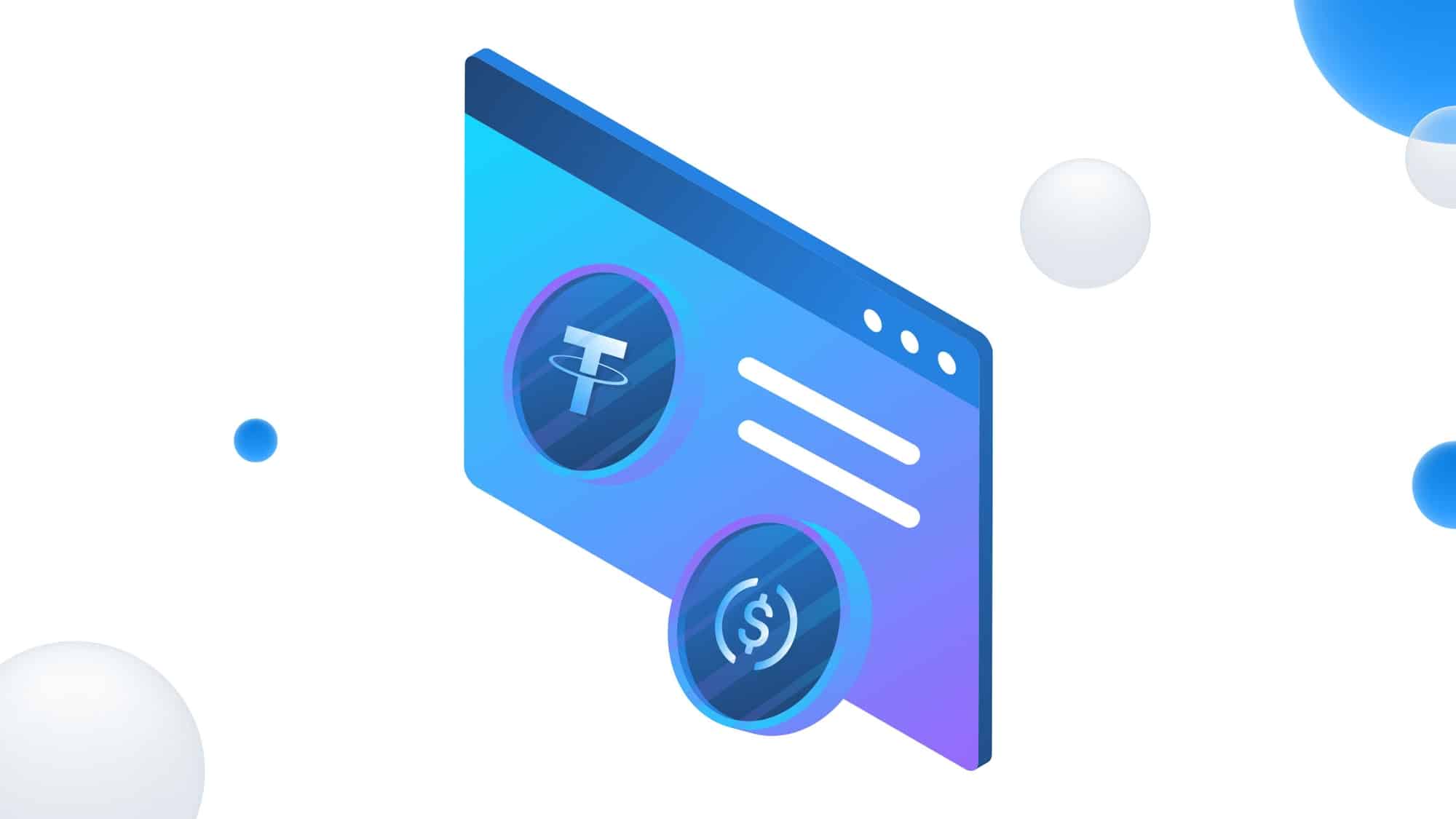 If you have some knowledge or understanding about cryptocurrency such as bitcoin, you’ve probably heard about Tether or USD Coin. They are what we call in the crypto community as stablecoins. In a nutshell, stablecoins are a new class of cryptocurrency that offers price stability and is backed by a reserve asset, usually the US dollar.

They are often used to easily hold money on cryptocurrency exchanges to minimize losses when trading. Furthermore, stablecoins reach pricing stability by collateralization or backing combined with algorithmic mechanisms to buy and sell the said asset and its derivatives.

The most popular cryptocurrency is bitcoin. However, it has high volatility in terms of valuations. This makes it unsuitable for the general public to use it in daily life as people would refrain from adopting the crypto if they’re not sure about its purchasing power stability. Stablecoins exist to mitigate the volatility, and there are many kinds of stablecoins available out there. Two of the most popular ones are Tether (USDT) and USD Coin (USDC).

What is Tether (USDT)?

Tether is the first stablecoin and widely considered as the most commonly integrated digital-to-fiat currency. Designed as a bridge between fiat currencies and cryptocurrencies, Tether offers stability and transparency with minimal charges to users. It is a blockchain-based cryptocurrency with circulating coins backed by an equivalent amount of traditional fiat currencies such as the US dollar. The native tokens of the Tether network are trading under the USDT symbol.

USDT is issued by Tether Holdings, which is a subsidiary of Bitfinex, a major cryptocurrency exchange. What makes it unique is that the value is guaranteed to remain pegged to the US dollar. Tether will allocate the same amount of USD to its reserve whenever it issues new USDT tokens, ensuring that USDT is fully collateralized. Tether has a Transparency page where they published their balances as the company acts as a third-party custodian for the currencies backing the USDT.

What is USD Coin (USDC)?

USD Coin is a relatively new stablecoin launched in late September 2018 and pegged to the US dollar to collaborate between Circle and Coinbase. Same as Tether, USD Coin is backed by the US dollar, so every coin is worth $1 and redeemable with cash. The process of turning US dollars into USDC is called tokenization. Also, USDC can be sent anywhere without fees and hold it without a go-between. The issuing and redeeming of USDC tokens is ensured with ERC-20 smart contract in the Ethereum network.

Circle ensures that every USD Coin is backed with a single US dollar. Also, the team behind the coin is obligated to be transparent and work with various financial institutions to maintain full reserves of the equivalent fiat currency. The idea of bringing US dollars on the blockchain to stablecoins like USD Coin is so that they can be moved anywhere quickly in the world, bringing stability to cryptocurrencies in the process.

Stablecoins are continually rising in popularity as they’re currently the fastest way to transfer funds between crypto exchanges. Besides, they also come with generally more attractive trading fees, which will help minimize losses when moving assets from one exchange to another.

At Hodlnaut, we offer a higher interest rate (in comparison to the bitcoin rate) to users who hodl their Tether and USD Coin with us. Users can immediately earn the best rates and there are no lock-in periods or minimum deposits. Sign up for an account and get the most out of your stablecoins while hodl-ing!

What you Need to Know About the Proshares Bitcoin Strategy ETF