Token Swaps: What are They and How do They Work? 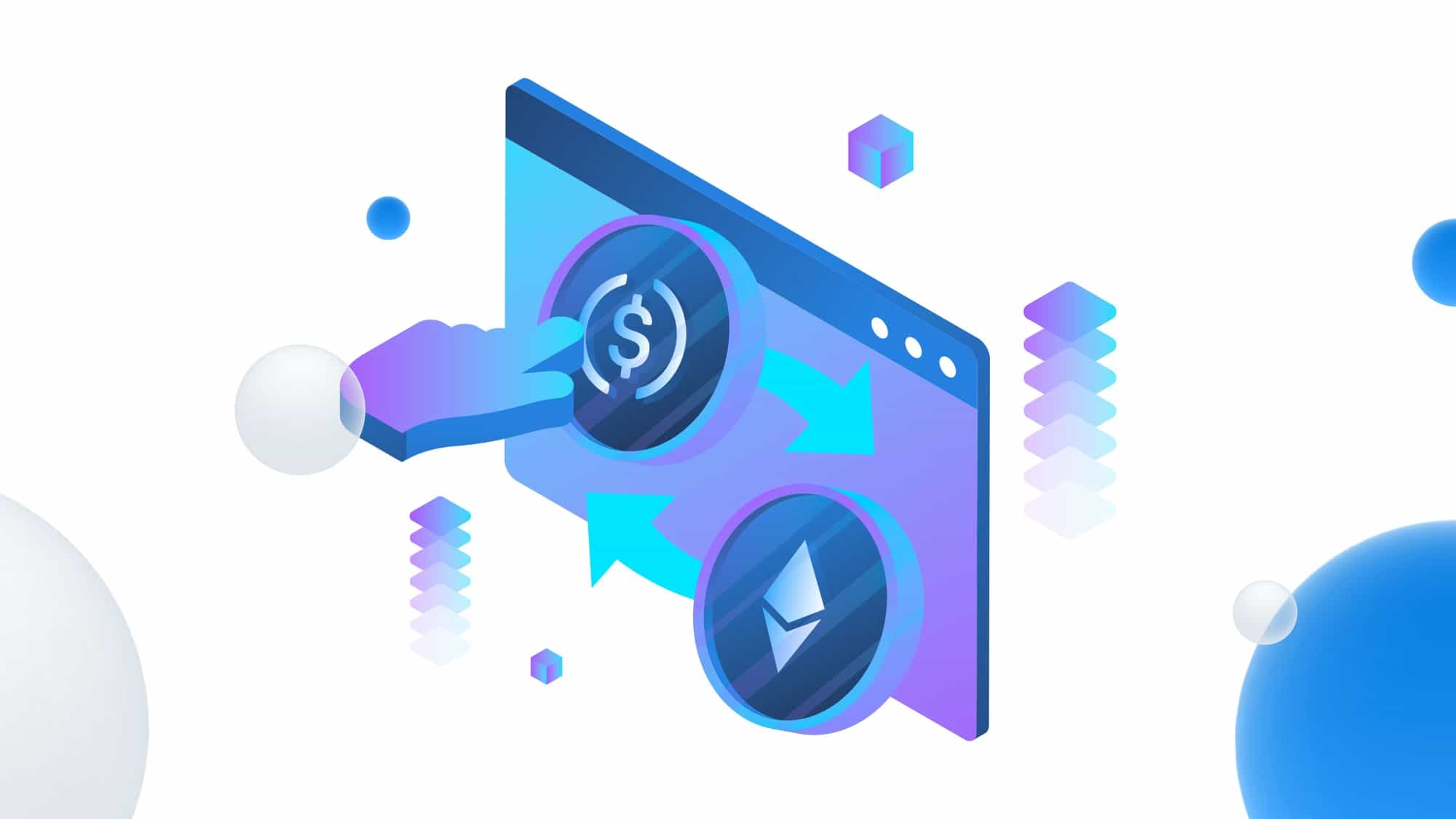 The cryptocurrency industry is geared towards innovation and simplification of digital assets in terms of how they are stored, handled, and used. This has clearly removed the complexities that were once associated with the crypto space, thus improving the overall user experience. Token swap is one such innovative advancement designed to reduce the overhead cost and the time required to swap one crypto asset for another. This guide will discuss why token swaps are needed and the various ways you can swap tokens. Let’s dive right in!

What is a Token Swap?

A token swap (also known as token migration) is the transfer of digital tokens from one blockchain onto another blockchain. It usually occurs when a project uses one blockchain to raise funds (such as the Ethereum network) and then migrates its tokens to another proprietary blockchain after launching the mainnet of a project. However, blockchain projects may migrate to a different blockchain network for a variety of reasons. For instance, the Storj network moved from Bitcoin to the Ethereum network back in 2017 when they found that Ethereum provided better scalability.

Token Swaps, Atomic Swaps, and Token Migration – How are They Different?

A token swap is synonymous with token migration. Likewise, the terms “coin swap” and “coin migration” mean the same. However, an atomic swap is entirely different and involves exchanging cryptocurrencies on a separate blockchain with a smart contract. This process eliminates the need for centralized intermediaries.

As for token migration, it doesn’t mean buying one token for another, but the complete replacement of a token by a new token that doesn’t exist until the swap occurs. In general, if people are talking about atomic swaps, they are focusing on buying and selling. However, a token swap involves a system upgrade or change of tokens.

Why Do Token Swaps Happen?

Blockchains and tokens give companies the ability to take in investments and give them various options and control compared to the traditional issuing of shares. However, to build the foundation of blockchain, i.e., a “mainnet,” one needs investment. This creates a paradoxical situation where the blockchain itself requires investment to provide tokens (as an investment option).

A good solution for this is to create a token on an existing blockchain. Some blockchains can create a second layer on their native token via smart contract functionality. Thus, organizations have their tokens on other blockchains while building a blockchain of their own. One of the famous blockchains for creating custom tokens is Ethereum and ERC-20 tokens. In fact, the ERC-20 standard caused the explosion of new coins after its implementation in November 2017.

How Does a Token Swap Work?

On the other hand, the process gets a little complex when you hold the tokens in your wallet since it depends on the migration of each blockchain project. In general, if you are a token holder, you would have to register your tokens ahead of the token swap deadline to make sure that they are migrated to the new blockchain. This process is called mapping.

How Can I Swap Tokens?

Token swap processes vary slightly from one another based on the token pair you wish to swap and the method of swap. But there are some things that you can make a note of whether you are using an exchange for swapping tokens or doing it yourself. To begin with, when you let an exchange handle a token swap for you, it should be noted that trading the current token is usually halted to not mix up with trades that may be in progress. Moreover, the coins used for coin creation and distribution for airdrops or rewards are typically halted. Thus, the time before a swap is just as crucial as the actual time of swap since exchanges have to prepare for certain things in advance.

Here are a few ways you can carry out a token swap:

Token Swap on an Exchange

One of the most popular ways of carrying out a token swap is to let an exchange handle it for you. The old tokens are stored in the wallet, and after the swap, a new wallet is created to which the swapped tokens are transferred. Once the swap is complete, the wallet with old tokens is destroyed. After trading begins on the new token, you can either withdraw them or trade them based on your preferences. Generally speaking, an exchange is an easier option than swapping tokens yourself since there are no hidden fees and everything is transparent and straightforward.

Swapping the Token Yourself

The process for handling the swap yourself is generally the same. The platform/person who issued the coin you are holding will give you a wallet to download or an online site to register with. In both cases, you will get two wallets; one for the old coin and the other one for the new. The old token then will have to be transferred to a specific address. Post this, the wallet for the new account will be credited. The manual method, however, has more risk associated with it.

Primarily, wallets and sites created by the token issuers are created just for swapping tokens specifically, and so it may be new for those new to token swaps. Moreover, the process may or may not work as described and designed, and so if you make a mistake, it will be permanent and irreversible. Therefore, manual swaps are best suited for those who are experienced in the cryptocurrency space. On a side note, the process described here is a rough overview of the manual swap and may vary depending on the token pairs and other factors.

If you are keen on swapping tokens with the ease of an exchange platform while having the option of swapping the coins yourself, then consider swapping tokens with Hodlnaut. Hodlnaut’s token swap feature enables users to swap between the supported asset types: BTC, ETH, DAI, USDT, USDC, and WBTC.

With an easy sign-up process and seamless KYC verification, you can seamlessly swap tokens within the Hodlnaut platform. Swap between the asset pairs in no time without having to carry out the swap yourself. Moreover, if you need any assistance, you can always connect with the customer support team to resolve any issues that you may face.

What Are the Risks that You Should be Aware of?

The primary risk of a token swap is perhaps missing out on the deadline of the swap. There are fallback methods offered for a token swap in case somebody misses a swap day. However, one should not entirely rely on them. Eventually, the old coin will be deprecated, and it will become worthless. Exchanges also delist the old token at times, and wallets stop supporting it. Likewise, the services and dapps related to the token will also stop recognizing it.

Besides the deadline of the token swap, another risk involved is the risk of handling the process. Once again, if you miss out on the crucial steps, you cannot contact any authority to help you out. For that matter, Fiat currency or even company-issued stocks have rules and regulations for their use and distribution. However, there isn’t any governing body that you can reach out to if things go awry when it comes to cryptocurrency.

Typically, there are plenty of guides and resources available leading up to the token swap, but very few offer assistance after the swap. Having said that, you should always take every step carefully since you cannot retrieve lost coins in case you enter a wrong wallet address.

Token swaps may seem complicated but can be easily carried out with the right knowledge and resources. Choosing an exchange or swapping the token yourself is a personal decision. The main reason many people like to carry out the swaps themselves is ideological, as they don’t want to rely on third parties. On the other hand, some users are comfortable trusting exchanges to carry out the token swaps for them. However, it is not always possible to get the exact swap pair that you are looking for. In any case, the token swap doesn’t require any specialist knowledge, and you can carry it out. As long as you follow the steps carefully and adhere to the timelines, you should be able to manage it well.

Would you like to swap tokens in a hassle-free manner within a secure platform? Sign up with Hodlnaut and try the Token Swap feature today.