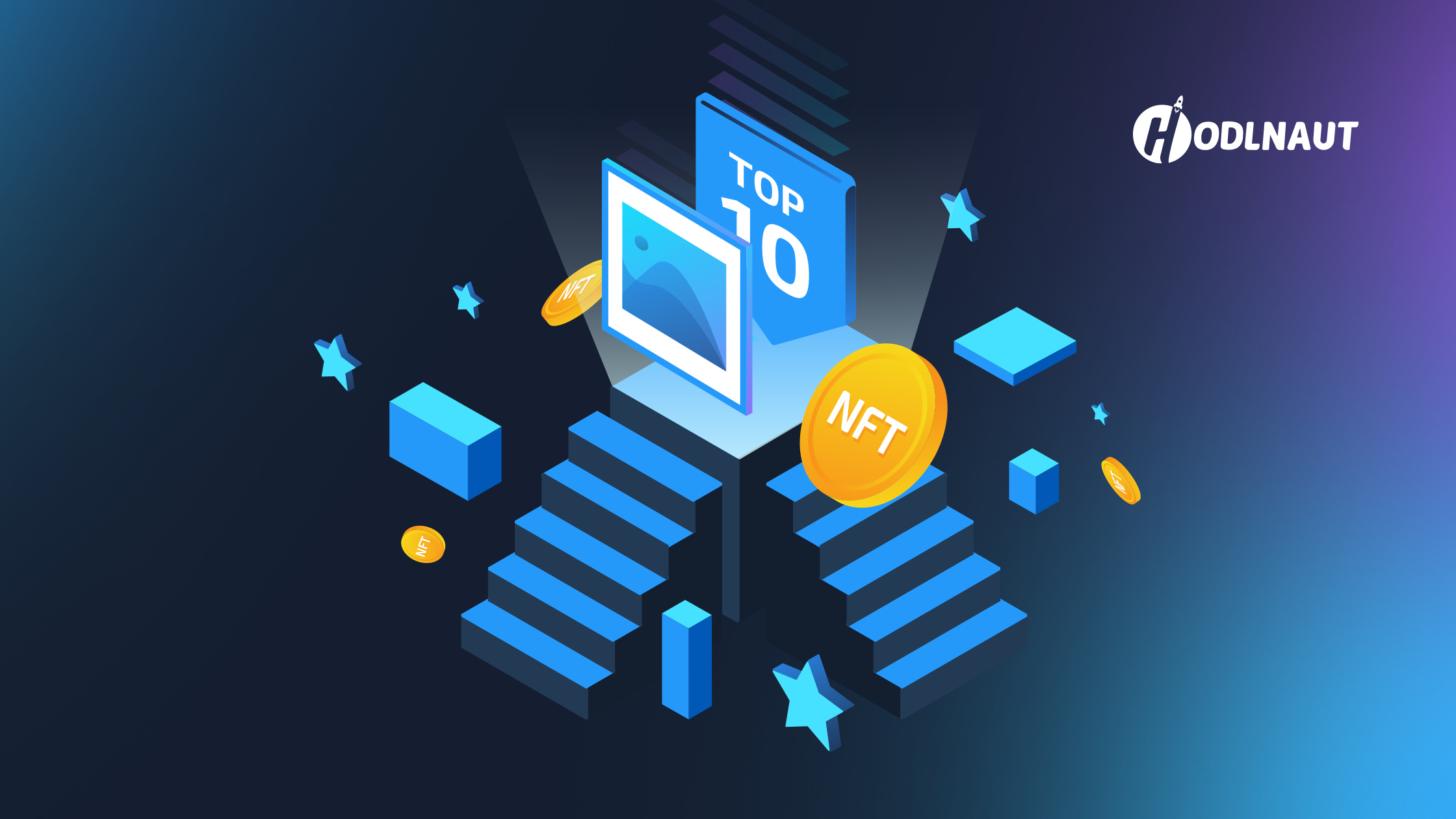 2021 witnessed the rise of non-fungible tokens (NFTs)! Needless to say, the digital space truly got reshaped by the blockchain where one can tokenize and turn anything into an NFT. Non-fungible tokens are essentially the original copy of the product and it is one of its kind. The NFTs are usually sold on blockchains like Ethereum and their value is related to the token they represent.

Note that the prices of these NFTs also change over time. Moreover, NFTs stand alone unlike the coins or trading cards that have editions to each collection. You can sell anything as an NFT as long as it is original and has a level of sentimental value. For instance, something that you made on MS Paint or the first-ever Twitter post.

Thus, NFTs have a variety of forms. However, right now digital artwork is trending. The idea of abstract expression is picking up and has piqued the interest of millions of enthusiasts. Would you also like to get your hands on NFTs? Ahead, we have listed some of the most expensive NFTs being sold to date.

Save Thousands of Lives – Sold for $4.5 million

This NFT is created by Noora Health which is an organization that saves the lives of at-risk patients in South Asia. The artwork was sold for over $4.5 million in May 2021 for 1337 ETH at that time. The profits from this NFT were then allocated to the organization’s program that is based on saving newborns’ lives.

This Changed Everything – Sold for $5.4 million

This unique NFT is nothing but the source code used for one of the earliest versions of the World Wide Web. It was sold on June 30, 2021 for $5.4 million via Sotheby’s to an anonymous user. The NFT also had a letter written by Sir Timothy John Berners-Lee (an English computer scientist who invented the internet). Moreover, the NFT had a digital poster of the code which was written by him as well as the time-stamped documents recording the history of the interest when it just began.

Crossroad is a very famous animated NFT created by Mike Winkelmann who is also known as Beeple. The NFT features the former US President Donald Trump laying on a field while the bystanders ignore him. This NFT was sold for $6.6 million in February 2021 on Nifty Gateway. However, the sale execution was made on the secondary market.

Xcopy: Right-Click and Save As Guy – Sold for 7.09 million

This NFT is an image auctioned on the decentralized market called Superrare and was sold for 1,600 ETH to Comozo de Medici which summed up to 7.09 million on December 10. As a matter of fact, the buyer’s alias belongs to the hip-hop legend and famous celebrity – Snoop Dogg.

CryptoPunk #3100 is a part of the 9 Alien Punks series and it is a little above CryptoPunk #7804 known as the most expensive Alien Punks been sold to date. #3100 is an Alien that wears a blue and white headband. Did you know that only 406 of the 10,000 CryptoPunks have a headband? It was first released in 2017 and gained prominence with a $2 million bid in March 2021. It eventually got sold for $7.58 million that same month.

The CryptoPunks is an NFT collection with uniquely generated characters based on the Ethereum blockchain. The London’s auction house Sotheby’s saw CryptoPunk #7523 also called “the Covid Alien” was sold for $11.75 million on June 2021 making it one of the most expensive NFTs sold to date.

The Human One is a dynamic, life-generative sculpture created by Beeple. It depicts an astronaut wandering across changing environments and can change based on the artist. Fun fact – Beeple has promised to “update” the Human One NFT during his lifetime so that the art does not remain static. The NFT attracted a lot of investors at Christie’s but it was finally sold to crypto billionaire Ryan Zurrer who snapped it up for $29,985,000 on December 9, 2021.

The First 5000 Days is an NFT artwork created by Michael Winkelmann, a digital artist known as Beeple. This artwork was also auctioned at Christie’s with an initial bid of roughly $100 made by customers. But the bids soon skyrocketed to more than $1 million and finally, the NFT was sold at $69 million on 21st Feb 2021.

The Merge is a digital network made by an anonymous digital artist with the nickname Pak. It was sold on Dec 6th, 2021 for $91.8 million on the NFT decentralized marketplace called Nifty Gateway. Not to mention that the piece was fractionalized to 312,686 pieces distributed to 28, 983 buyers. Thus, The Merge was a single artwork that comprised a collection of masses that users could buy. These pieces could be stockpiled to make a bigger mass and sold on the secondary market. The NFT was sold for a total of $91.8 million thus making it the most expensive NFT sold to date.
Want to grow your cryptocurrencies with a platform that is reliable and safe? Hodl with Hodlnaut and earn up to 12.73% APY on your cryptocurrencies.