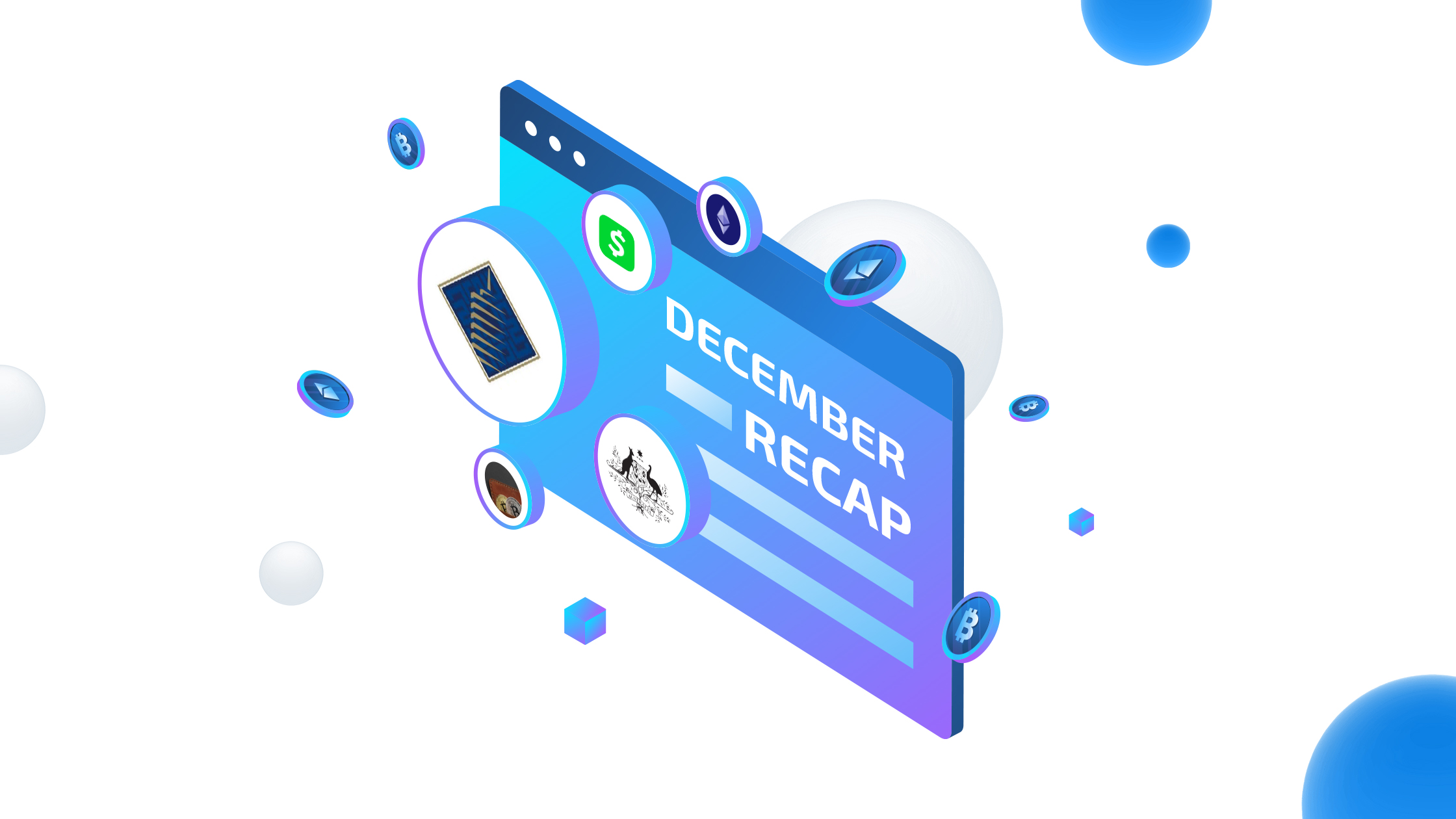 2021 was undoubtedly a rollercoaster ride for the crypto community. The past year saw multiple price swings, and the month of December was no different, with prices of BTC and ETH hovering between the US$40,000 to US$50,000 and US$3,000 to US$4,000 range, respectively.

December also welcomed a host of exciting announcements from the Australian government’s plan on reforming its payment system to the launch of Dubai’s World Trade Center as a crypto hub - and that’s not all. Ahead, you will find your December round-up of the biggest crypto and blockchain news of the month.

The Dubai World Trade Centre is said to become a comprehensive hub and regulator of cryptocurrencies, products, operators, and exchanges. The government-owned exhibition center will design a robust ecosystem for the growing crypto community within Dubai and enforce meticulous standards for investor protection. This will include anti-money laundering protocols and other mechanisms to combat the financing of terrorism. This initiative comes in line with Dubai’s efforts to support the development of digital assets and the benefits it offers.

To celebrate the festivities, digital payments giant Block - formerly known as Square - recently revealed that Cash App users could gift friends and family crypto over the holiday season. Users can reportedly send as little as $1 worth of BTC as a gift, similar to sending cash. Other financial giants such as PayPal and Coinbase also allow users to send crypto as payments or gifts to friends.

The Australian government is considering the rollout of a Central Bank Digital Currency as part of a new crypto and payments reform plan. This is reportedly one of the most significant revamps of the Australian payments system in almost 3 decades. Part of the crypto-related groundwork is said to be set by the innovative proposals put forward by the Australian Senate Committee back in September.

Terabethia, a cross-chain contract communication and asset mirroring protocol, is reportedly launching mechanisms to allow users to transact Ethereum native assets at a faster speed with lower costs. Users will have the ability to mirror and use any Ethereum tokens - including both fungible and non-fungible - on the Internet Computer blockchain.

5. A Dormant BTC Wallet Containing 321 BTC has Been Reactivated

A Bitcoin wallet containing 321 BTC has finally been reactivated. The wallet had been dormant since 2013, and the value has increased from $6,594 to $15,103,046 at the time of writing. In recent months, reports have shown a number of inactive Bitcoin wallets from 2011–2013 that have been reactivated - with each said to contain millions of dollars worth of Bitcoin.

If you’re holding on to some crypto and plan on earning interest on it, do sign up for a Hodlnaut Interest Account. You can earn up to 7.25% APY on your crypto assets and receive weekly payouts! For any questions and queries, do drop us an email at support@hodlnaut.com.