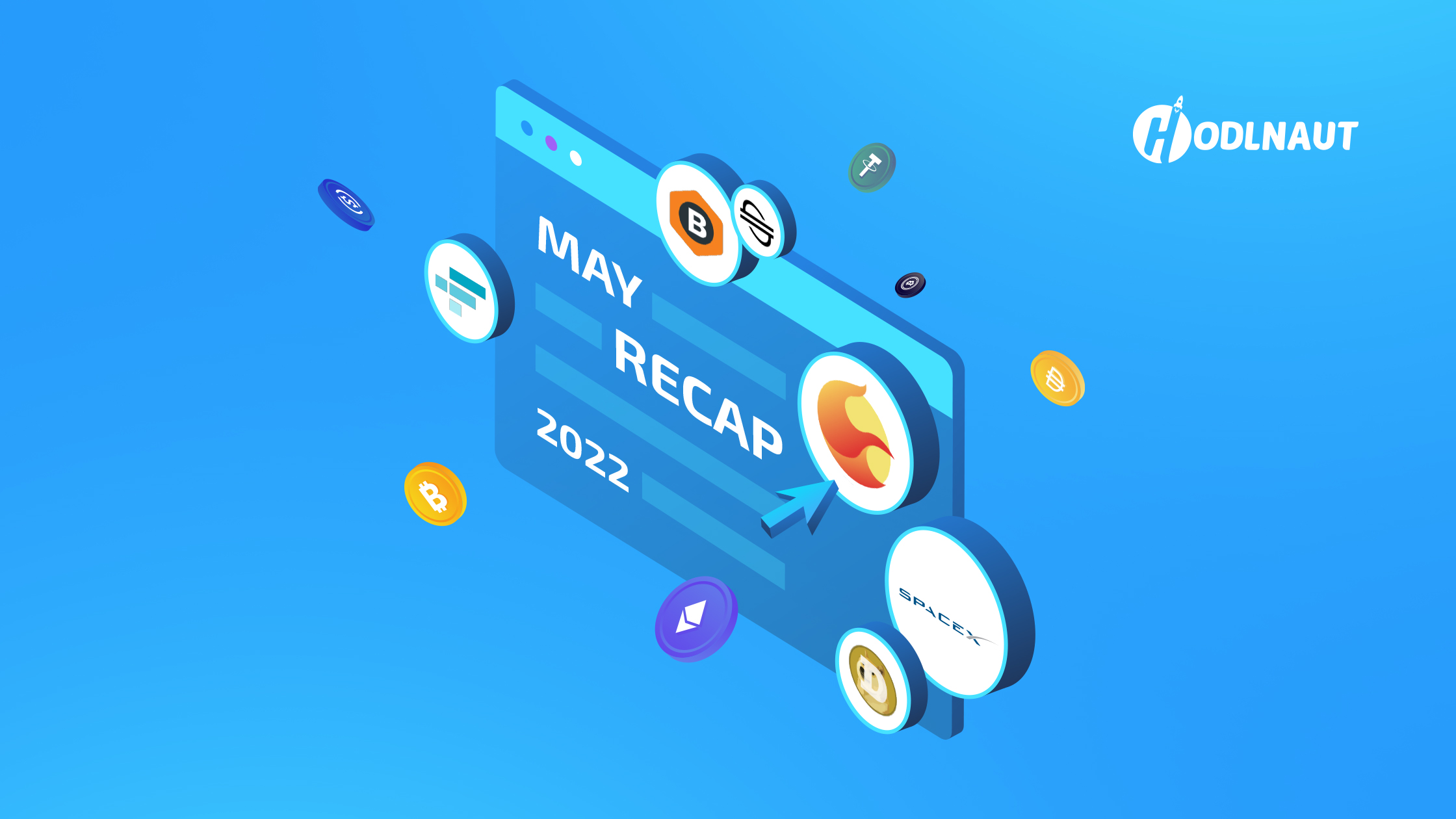 The month of May has witnessed many significant events in the world of Cryptocurrency and Blockchain. While the Terra 2.0 relaunch grabs the spotlight, here is our monthly round-up of what’s going on in the cryptocurrency space.

Billionaire Sam Bankman-Fried, the CEO of FTX, said that he plans to use the exchange’s recent fundraising rounds for acquisition. FTX recently raised more than $2 billion in January this year. The exchange raised $400 million at a $32 billion valuation, bringing the total amount raised in the prior half a year close to $2 billion.

Bitcoin accounts for 44% of the total cryptocurrency market value, which is the most since October, just before the bull market had peaked. The resurgence of Bitcoin shows how much the collapse of TerraUSD stablecoin has impacted smaller tokens like Solana and Avalanche.

Four months after Tesla began accepting Dogecoin (DOGE) as payment for merchandise, SpaceX founder and CEO Elon Musk announced his plan to extend the payment method to SpaceX. Musk has been a stalwart supporter of the DOGE coin since 2019, and he has shown interest in accepting meme coin payments in his multibillion-dollar enterprises.

4. Terra 2.0 Relaunches as Per Do Kwon's Revival Plan

Do Kwon, the CEO, and co-founder of Terraform Labs, confirmed that he would relaunch the Terra chain, which plans to revive the Terra (LUNA) and TerraUSD (UST) ecosystem. Kwon’s revival plan involves a hard fork of the existing blockchain as well as reissuing LUNA tokens to all existing investors based on a snapshot taken before the coin spiraled down and resulted in unrecoverable losses for the investors.

5. Mercado Bitcoin To Create MVP for Brazilian CBDC by Partnering with Stellar

Brazilian cryptocurrency exchange Mercado Bitcoin announced that it would collaborate with the Stellar Development Foundation (SDF). The company says it intends to develop one of the nine projects selected for the LIFT Challenge Real Digital, a competition promoted by Brazil's central bank.

Stay tuned for our next edition of monthly crypto updates from the blockchain and cryptocurrency space.

If you’re interested in earning passive income, now is a great time to sign up for a Hodlnaut Interest Account and earn up to 7.25% APY on your cryptocurrencies.

Feel free to drop us an email at support@hodlnaut.com if you have any questions – we’ll get back to you as soon as possible!