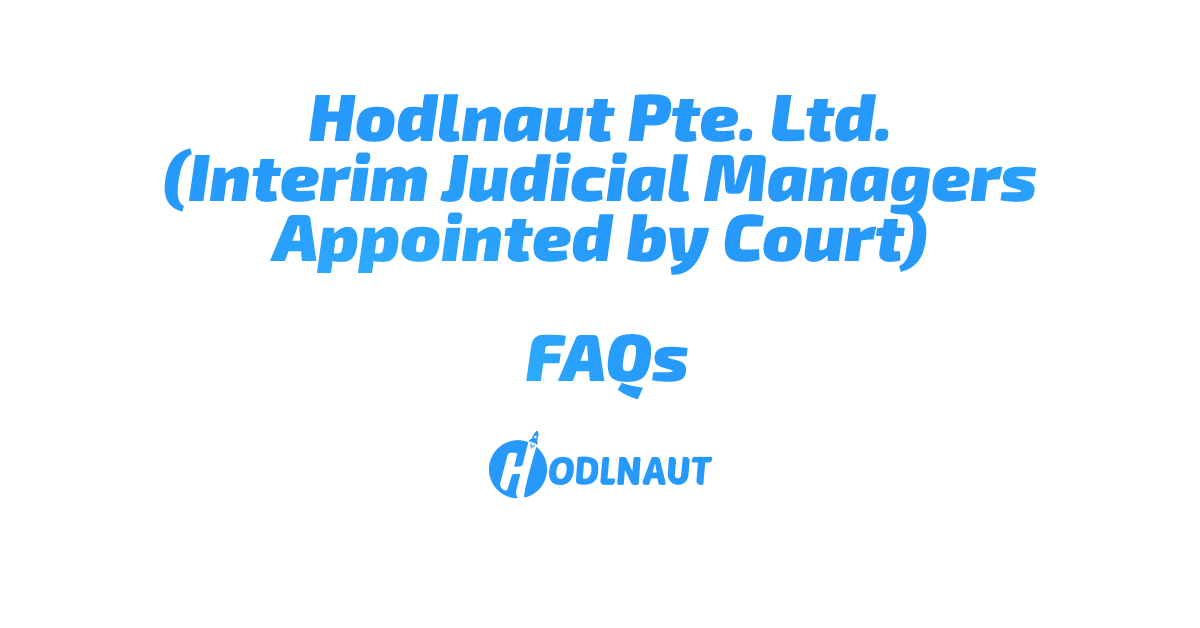 2) Why is the Company placed under Interim Judicial Management?

3) What are the roles of the IJMs?

5) Who will bear the cost of the IJMs?

The affairs, business and property of the Company are being managed by the Interim Judicial Managers appointed by the Court. Pursuant to section 102(1)(a) of the Insolvency, Restructuring, and Dissolution Act 2018, the Interim Judicial Managers act only as agents for and on behalf of the Company and do not assume responsibility whatsoever in respect of any contracts entered into by the Company whether by this update or by any action taken on their part

Disclaimer: This article is for informational purposes only, and is not an offer nor a solicitation to invest in DPT, securities, funds, partnership interests or other investments or funding or purchasing loans. It is the user's sole responsibility to conduct due diligence and research extensively into each DPT and platform, and understand that the volatility and unpredictability of the price of DPT may result in significant loss over a short period of time. No information on Hodlnaut should be considered to be business, legal, financial or tax advice regarding the use of Hodlnaut. Users should consult their own legal, financial, tax or other professional advisors before using Hodlnaut.