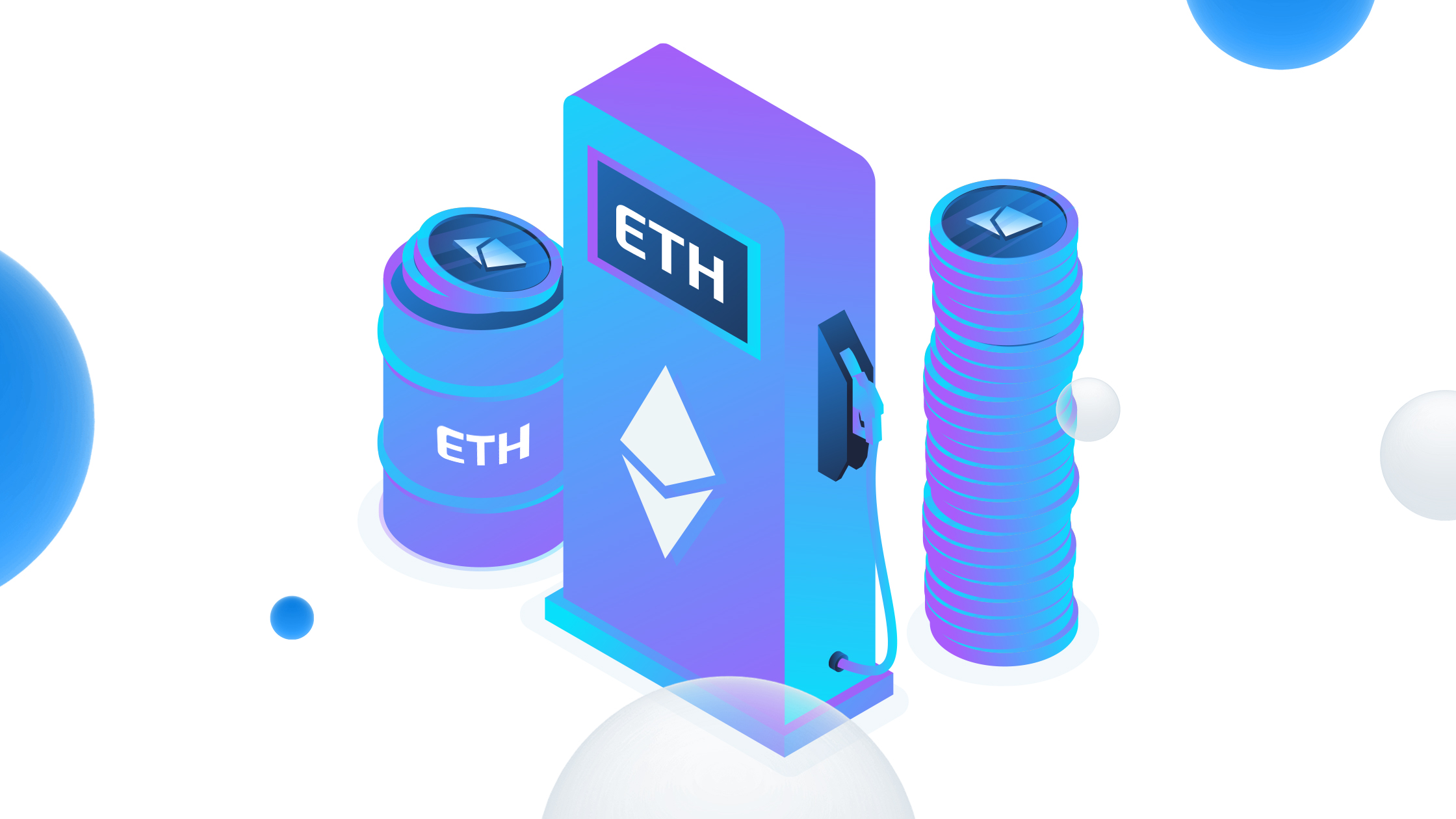 Bitcoin is the first-ever cryptocurrency created by pseudonym(s) Satoshi Nakamoto in 2008. While it may be the first, it is not the only one that exists in the cryptocurrency space.‍

Ethereum (or commonly referred to as ETH) is the second-largest cryptocurrency by market capitalization after Bitcoin. It has piqued the interest of many investors thanks to the advanced technology that allows the use of smart contracts and decentralized finance (DeFi). Moreover, Ethereum reached its all-time high of $4,196.63 earlier this year, creating much buzz amongst investors.

Besides understanding the basics of Ethereum, one critical aspect to note is the additional fees and costs incurred when making transactions on the Ethereum blockchain. This is known as the Ethereum gas system.

Here, we discuss what exactly the Ethereum gas system is, how it works, and why it is implemented.

Before understanding how the fees work, it is important to know what exactly Ethereum is.

Ethereum was first created in 2015 by Vitalik Buterin. It was built based on Bitcoin’s fundamentals but includes various mechanisms and capabilities that Bitcoin is not equipped with. Ethereum runs on a set of smart contracts using blockchain technology, allowing users to create decentralized applications (dApps) on the network.

One common misconception is that Ethereum is the currency. However, Ether is the currency, while Ethereum is the platform. Together with the tech, the blockchain-based platform allows smart contracts and distributed applications to be created and operated without a need for a central authority or any additional downtime.

Many reports have also suggested its potential for real use cases since Ethereum is said to be a high-demand development platform for smart contracts. This further reiterates the network’s value as not only a platform for tech developers but one that can aid the future of finance.

While the Ethereum network does have immense potential, price swings are inevitable. One way investors can cushion the impacts is by depositing their ETH funds into interest-earning accounts like Hodlnaut. The platform offers an APY of up to 7.46% for ETH, allowing investors to generate more yield consistently on their initial holdings. Hodlnaut also supports other currencies, including BTC, WBTC, USDT, USDC, and DAI.

What is Ethereum Gas?

Now that we have the basics of Ethereum sorted, we can look into what Ethereum gas is.

Ethereum gas refers to the fees and costs associated with every transaction made on the Ethereum network. It is integrated into the system to help execute transactions for decentralized applications and protect the network from any harmful or malicious activity. This thus ensures that each transaction on the network is real and not a fraud, which may potentially cause delays or congestions.

Without Ethereum gas, programs on the Ethereum Virtual Machine (EVM) - a virtual machine that enables the execution of codes - would continuously operate without any execution.

Other Reasons why Ethereum Gas Exists

On top of verifying transactions, Ethereum gas is a way to help incentivize miners. The Ethereum platform makes use of the Proof-of-Work (PoW) system. This means that it relies on the hash rate of miners. Thus, the more miners within the network, the higher the hash rate. And when the hash rate is higher, the system would likely be more secure and efficient. Hence, Ethereum mining has to be as profitable as possible in order to attract more miners for a safer system.

Though miners are rewarded from mining blocks, another way they can earn on the Ethereum network is by ensuring that transactions are fulfilled and validated. Thus, Ethereum gas is needed to remunerate miners for this additional work.

How Does Ethereum Gas Work?

Each unit of gas has a price, which is denoted in tiny units of ETH known as Gwei.

Ethereum gas prices are not fixed and depend on the amount of gas needed for the transaction. This, in turn, affects the prices of the gas, where more complex transactions will be subjected to higher gas fees. There is a minimum requirement for every transaction, which is 21,000 gas. Here’s an example to get a better understanding of the calculations:

The Best Time for Gas

The cost of Ethereum gas is mainly determined by the supply and demand of the miners in the network. Therefore, it is subjected to fluctuations. When there are sufficient miners, a slow transaction could cost between 10-16 Gwei, while a fast transaction could average between 40-50 Gwei.

However, this also depends on an individual’s willingness to spend on a transaction. This is known as the Ethereum gas limit. A higher gas limit would mean that Ethereum miners would face a more complicated transaction that requires additional work. At the same time, miners can also decline a transaction if the gas limit is too low and does not meet their standards.

Think of it as an auction where users input their bids, but in terms of Gwei, to incentivize miners to perform their transactions. Just like any traditional auction, the highest bids would likely be chosen first.

Why Doesn’t Bitcoin Have This?

Bitcoin is known to be the first cryptocurrency that was created with the main purpose of enabling seamless digital transactions without the need for a central authority. This means that users were only able to transfer BTC to another account without the ability to specify any conditions for the transactions.

For such conditions to be specified in a decentralized manner, the use of smart contracts is needed.

Smart contracts are digital agreements written in codes that run on blockchain technology. These contacts are then self-executed when predetermined conditions are met. Through automated verification and execution, smart contracts aid in the process of transactions while ensuring security.

The Ethereum gas system is a fundamental aspect of the Ethereum ecosystem to ensure transactions are secured, validated, and processed properly. The additional fees incurred helps to incentivize miners to perform and execute the needed tasks for the platform to continuously operate. Without the Ethereum gas system, this will not be possible.

Meanwhile, if you have invested in ETH, do remember to sign up for an account with Hodlnaut to start earning up to 7.46% APY. This is one of the best ways to earn passively without having to actively manage your funds. Let us know if you have any questions by sending an email to support@hodlnaut.com and we’ll get back to you as soon as possible.

1. Please note that you may not be able to recover all the DPTs you paid to your DPT service provider if the Company’s business fails.
2. You should not transact in the DPT if you are not familiar with this DPT. Transacting in DPTs may not be suitable for you if you are not familiar with the technology that DPT services are provided.
3. You should be aware that the value of DPTs may fluctuate greatly. You should transact DPTs only if you are prepared to accept the risk of losing all of the money you put into such tokens.
Copyright © 2022 Hodlnaut. All rights reserved.
Log in
Sign up